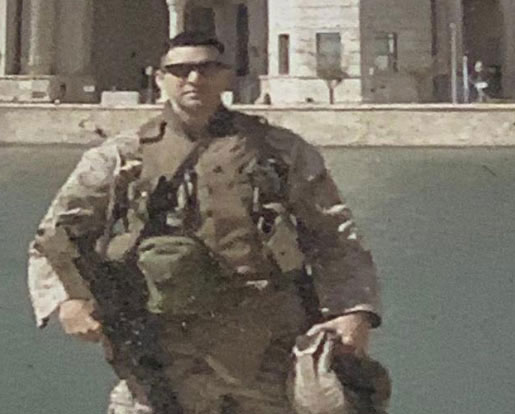 Ryan is a United States Marine who served in combat operations in Iraq in a place called the Triangle of Death. Unfortunately, Ryan suffered some significant injuries while deployed, which left him with chronic pain, a traumatic brain injury, and PTSD.

Upon returning home, he struggled to find the right treatment.  Ryan started with Veterans R&R’s Program, Operation Wild Horse (OWH), in 2018.  He realized that he received physical relief from the horse’s natural gait loosening up his back while riding a Mustang at the walk.

Riding has become a useful tool for Ryan’s pain management. Additionally, Ryan learned that by building a relationship with “Phoenix,” an OWH Mustang, he could gain so much more. He learned to deal with other challenges related to his military service. Ryan has found that working with the Mustangs has provided a mirror to his own emotions, allowing him to see how his own reactions correlate to the Mustang’s response. Ryan has also utilized the R & R Outdoors Program, which has provided him with a challenging and rewarding outdoor experience while connecting with other veterans and military families.